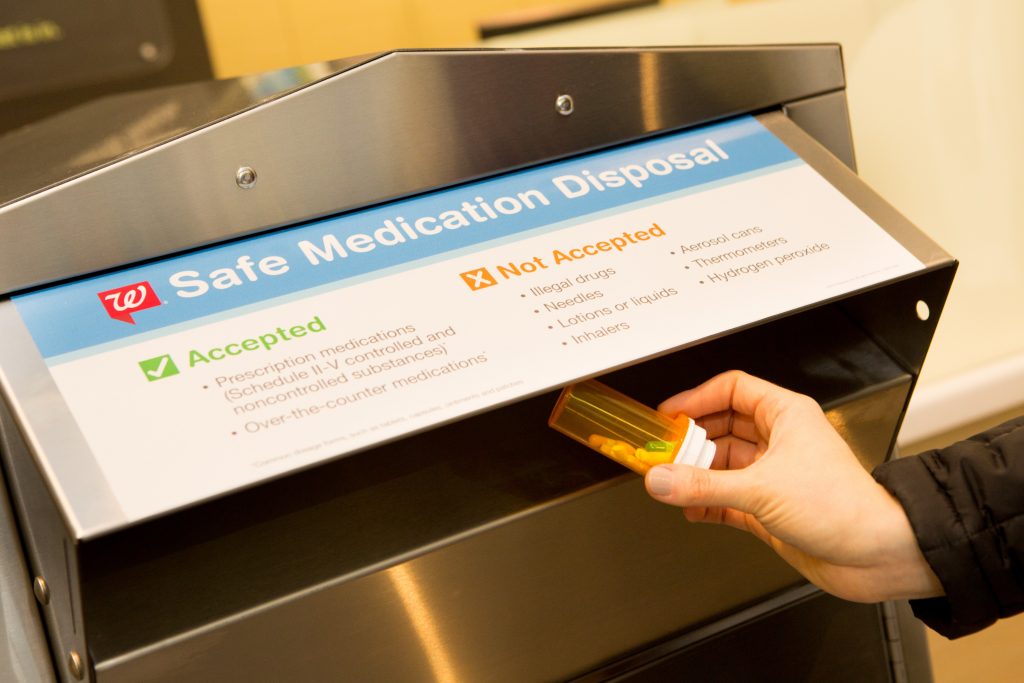 Walgreens, a partner in the Association’s Smart & Safe prescription drug abuse awareness program, has announced its safe medication disposal program has collected and safely disposed of 72 tons of medications since the launch of the program in 2016. The program, launched in February 2016, is the first ongoing national effort of its kind by a retailer to combat the national drug abuse crisis and help fight the rise in overdose-related deaths in the U.S. Last year, the Association partnered with Walgreens to place the safe medication disposal units in stores across Alabama.

Walgreens installed safe medication disposal kiosks, available during regular pharmacy hours, in more than 600 pharmacies across 45 states and the District of Columbia; that’s more than 100 kiosks above the program’s original goal. In its first year, the program has resulted in the collection and disposal of 72 tons of unwanted medication, or the equivalent weight of about 40 midsize cars.

As part of its continuing effort to combat drug abuse, Walgreens will again participate in the U.S. Drug Enforcement Administration (DEA) sponsored National Prescription Drug Take Back Day held on Saturday, April 29. In addition to Walgreens stores with year-round safe medication disposal kiosks, other select Walgreens stores throughout the country will serve as a collection point on April 29 for law enforcement to collect unwanted, unused or expired medications for safe disposal.

Walgreens safe medication disposal kiosks allow individuals to safely and conveniently dispose of their unwanted, unused or expired prescriptions, including controlled substances, and over-the-counter medications, at no cost. The kiosks at Walgreens pharmacies are available during regular pharmacy hours and offer one of the best ways to ensure medications are not accidentally used or intentionally misused by someone else.

Walgreens has also worked to make naloxone, a life-saving opioid antidote, available without requiring a prescription at its pharmacies in 44 states and Washington, D.C., adding 9 states to its original goal announced last year. Naloxone can be used in the event of an overdose to reverse the effects of heroin or other opioid drugs if administered in time. The medication can be dispensed in accordance with each state’s pharmacy regulations at more than 7,600 Walgreens pharmacies. In the few remaining states where a prescription is required, Walgreens is available and eager to work with regulators to help update rules to allow for dispensing of naloxone without a prescription.

“Since we launched this program last year, we have been truly encouraged by how our patients have embraced the opportunities to safely dispose of their medications. Simply put, this epidemic is one of the most serious issues facing our country today, and this program is making a difference in helping fight against prescription drug abuse,” said Richard Ashworth, Walgreens president of pharmacy and retail operations.

As highlighted in recently published research in the Journal of the American Pharmacists Association (JAPhA)1 the availability of naloxone at pharmacies, patient education and safe drug disposal kiosks are key prevention initiatives to address the opioid epidemic and reduce the increasing national burden of opioid overdose. According to the 2015 National Survey on Drug Use and Health, an estimated 6.4 million Americans misused a prescription drug in 2015.