Survey: Majority of Opioid Medications Not Safely Stored in Homes with Children 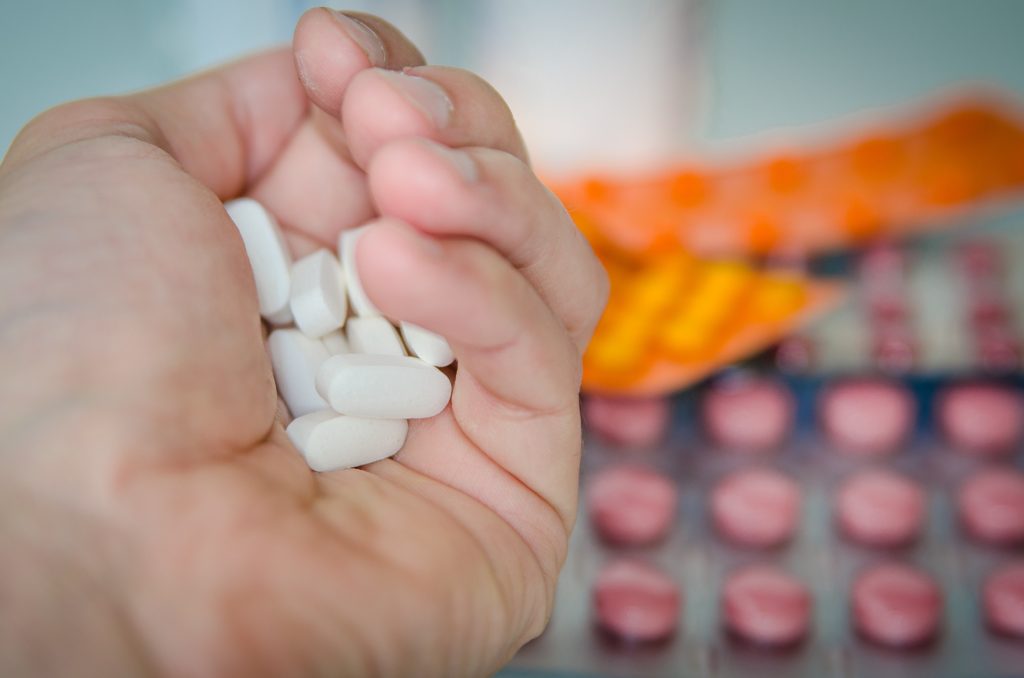 Nearly 70 percent of prescription opioid medications kept in homes with children are not stored safely, a new study by researchers at the Johns Hopkins Bloomberg School of Public Health finds.

In a national survey of 681 adults who used opioid pain relievers in the past year and had children ages 17 and younger living with them, only 31 percent reported safely storing them away from their children. Among those homes with children 7 to 17 years old, just 12 percent reported safe storage.

The findings appear in the March edition of the journal Pediatrics.

“Our work shines a light on the pervasiveness of unsafely stored opioids in American homes with children,” says study lead author Eileen McDonald, MS, a faculty member in the Johns Hopkins Center for Injury Research and Policy. “Unsafely stored opioids can contribute to accidental ingestions among younger children and pilfering by older children, especially high school students. We know that teens who use these drugs recreationally frequently get them from homes where they are easily accessible, increasing their risk for addiction and overdose.”

Overdose fatalities almost doubled among those 17 and younger between 1999 and 2015. In the last five years, more than 600,000 children of the same age were treated in U.S. hospital emergency departments for all types of poisoning. The 2014 National Survey on Drug Use and Health identified opioids as the second most common illicit drug-use category among 12- to 17-year-olds after marijuana.

The study also explored attitudes thought to be linked to medication storage habits. Nearly three-quarters, or 73 percent, agreed that children can overdose on opioids more easily than adults. Yet the survey found that just 13 percent of respondents “worry” about their children accessing their opioid medications, with parents of older children reporting that they were significantly less likely to worry about children accessing medication than parents of younger children.

The researchers say the findings support the need to not only educate families about the importance of storing pills safely but also to develop new technology, such as ‘smart’ packaging that only allows the prescribed person to open the bottle, to prevent older children from accessing the pills.

“Unfortunately, the current child-resistant packaging that was transformative in reducing medication poisoning in young children will not keep older children and teens safe,” says Andrea Gielen, ScD, ScM, study senior author and director of the Johns Hopkins Center for Injury Research and Policy. “We need new packaging, such as tamper-resistant personalized pill dispensers, to make it easier for parents to keep these potentially dangerous medications inaccessible to older children. In the meantime, parents should keep their medications locked away and dispose of any leftover pills promptly and safely.”

“Our findings should encourage pediatricians to ask patients about the presence of opioids in the home,” McDonald says. “This paper also demonstrates the need to educate parents and children about opioid-related risks and how easily kids can access opioids that aren’t under lock and key.”

For their study, the researchers drew from a nationally representative GfK Group KnowledgePanel sample of nearly 5,000 adults to identify people who had used prescription opioids in the past year and lived in a home with children. The online survey was administered between Feb. 24 and March 16, 2015.